After 2 years of eye opening experimentation and development I finished my MA Fine Art course along with my fellow students at the Delicious Edge exhibition at Teesside University.

Finishing with not only a Distinction, but also the highest mark in my class, I couldn’t be prouder of what I have achieved during this time.

My part of the exhibition on the night was unlike anything I had ever attempted before, yes there was 1 or 2 of the familiar sculptural/light based pieces that have become a stable within my practice; But I started the night with mostly work that was yet to be completed.

My exhibition was all about the potential that each piece had. At any point upon entering my room the audience would see work that could happen, would be happening or had happened. During the night I did three live performances that incorporated painting, sound, video and sculpture.

The first performance was the creation of a painting where contact microphones were placed behind the canvas, so that every brush stroke was run through a variety of pedals to allow me to manipulate the sounds being produced. I used a loop pedal to allow me to build up the sound, creating an unique soundscape to my painting. Performed while a video I had created played over the top of the space, the image developed through the sounds it produced, rather then its visual appearance.

The second performance, along a similar concept, was painted onto metal. The four panels were each attached to my computer along with each of the various ‘brushes’ I used to create the painting. As each brushstroke makes contact with the metal canvas a connection is made within a circuit, allowing me to control my computer and the sound produced within Ableton (a music making software).

The final performance took place upon my custom made instrument, nicknamed ‘The Toothpaste’, which I had made from an old boiler. “creating a droning, rumbling, metallic wall of sound with surprising detail.” [1]

Each of the performances were unplanned, I had experimented with the ideas, played around with the concepts, but there was no set outcome in place. It was all about the creation of a moment, an exploration in spontaneity. It felt strange having an exhibition that started as nothing more then potential, not knowing how each piece would end, but in the end it was one of the best things I have ever done.

Alongside my performance work there was ‘The Tank’ a sculpture built from polystyrene packaging found in flatscreen TV boxes and two vending machines. The first, a broken tampon machine, with a sign placed upon it declaring that ‘Caring for you’ had been unfortunately cancelled due to a lack of interest. The second was a condom machine that I had modified into a device from which to distribute the sound work I had been developing. £2 would get you a custom made limited edition of 40 boxes that contained a small print and a USB stick containing 8 tracks of ambient beats and harsh noise.

“On a nearby wall a disused condom machine is commandeered as an apparatus for dispensing USB drives containing the mix-tape of the artist’s performances. In an age of digital streaming and online media there is something appealing and tactile about the clunky mechanical apparatus of a vending machine for digital media. It is an appealing toggling or daisy chaining of technologies and recently artist Gustav Metzger observed: “In computing, daisy chain refers to multiple linkages of electronic devices. In our struggle, against mass extinction, the daisy will become a widely used symbol.” Perhaps harkening back to a more hippie past with the idea of the daisy, here the resolutely mechanical has become amalgamated and toggled with the overtly digital, to subvert and put this linkage on display (albeit in slightly absurd or prophylactic manner).” [2]

Below are some images taking the next day, showing the results of what happened on the night. 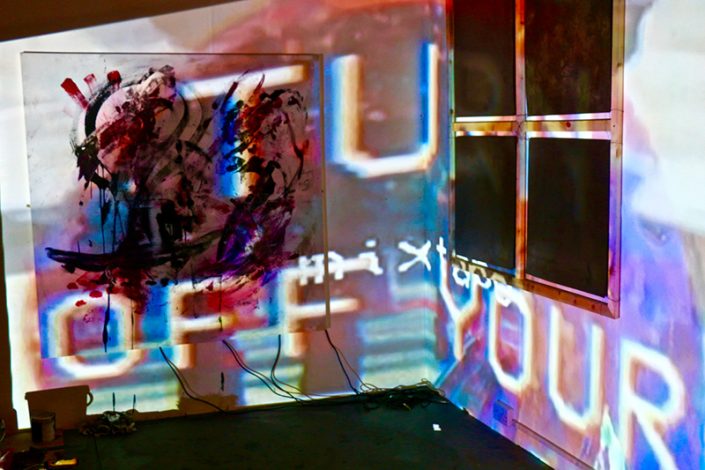 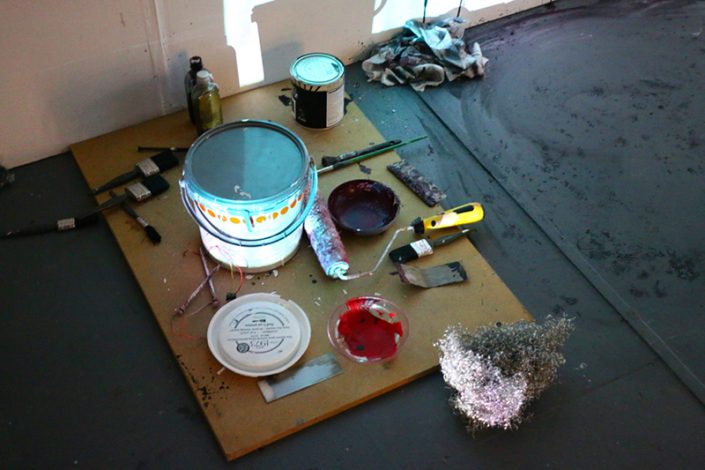 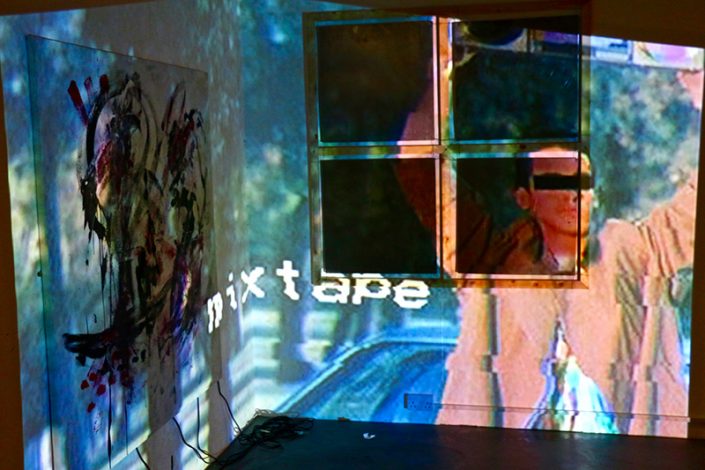 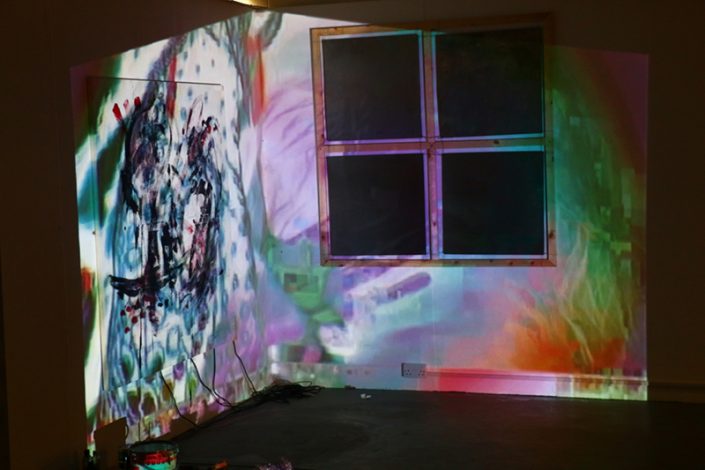 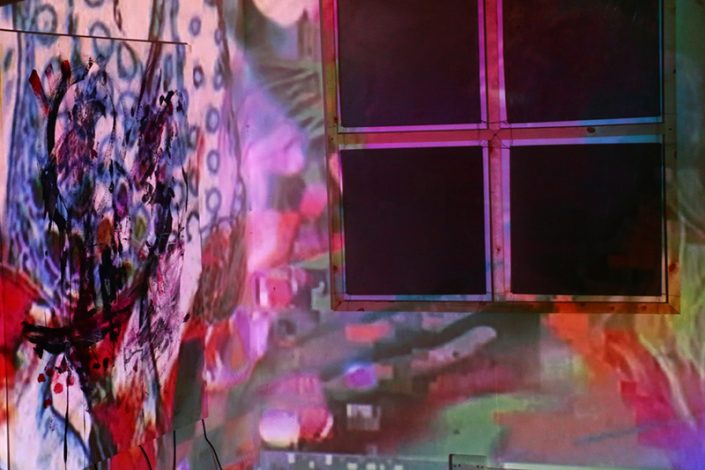 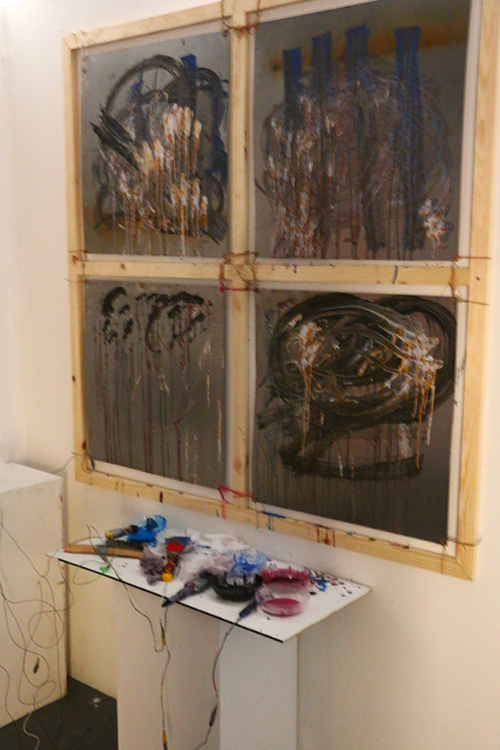 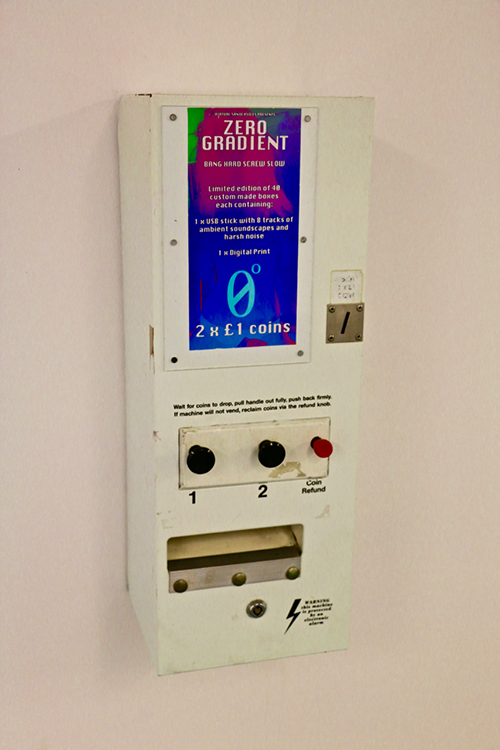 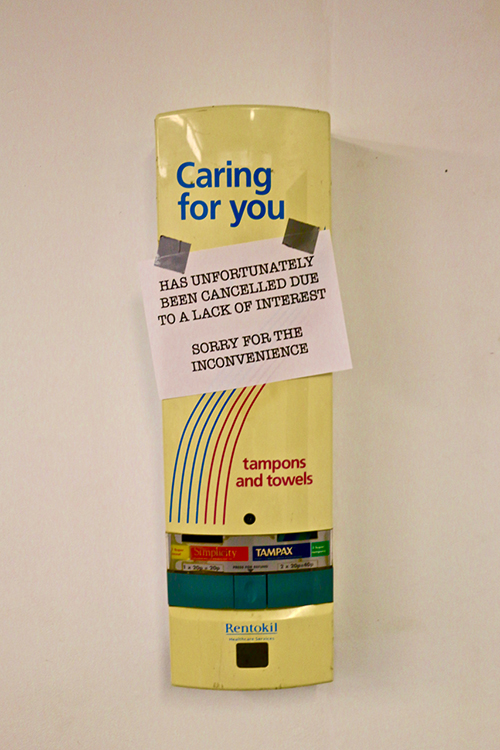 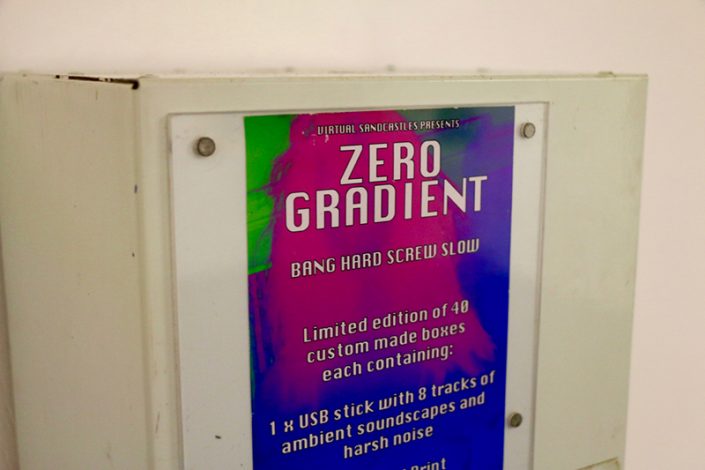 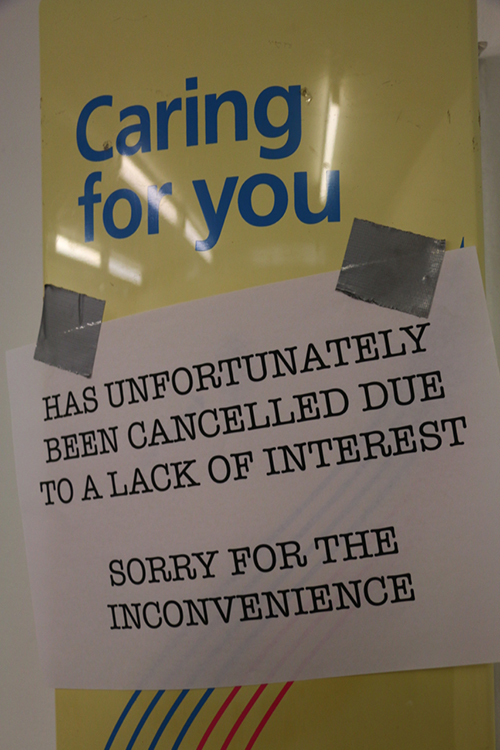 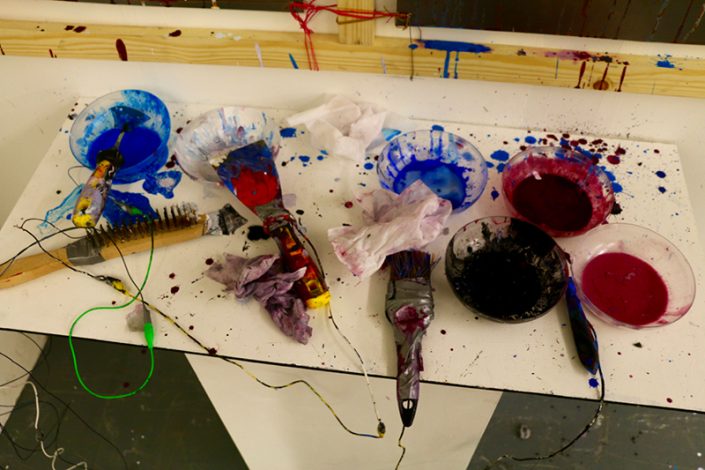 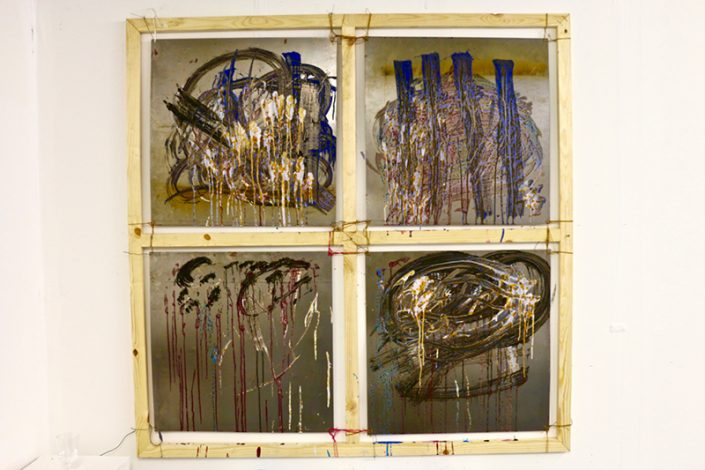 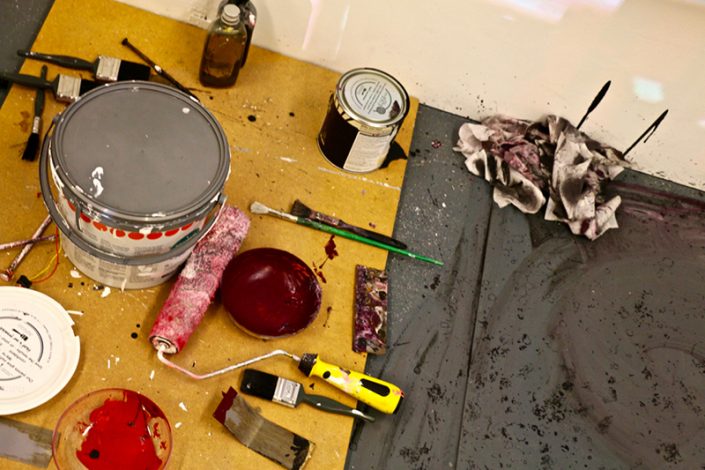 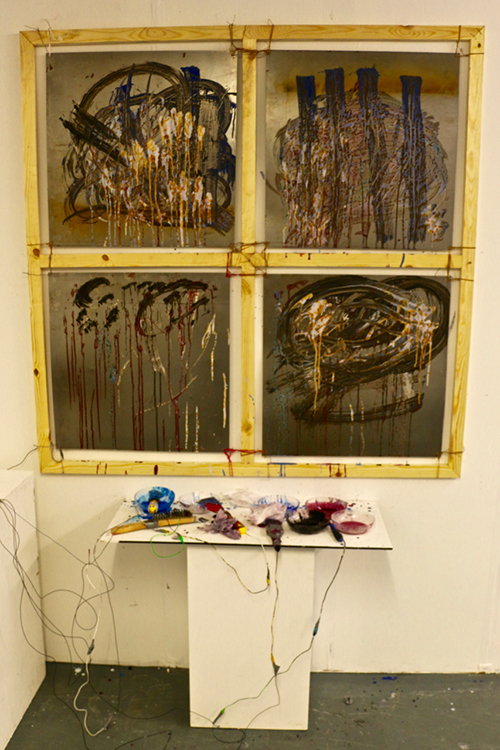 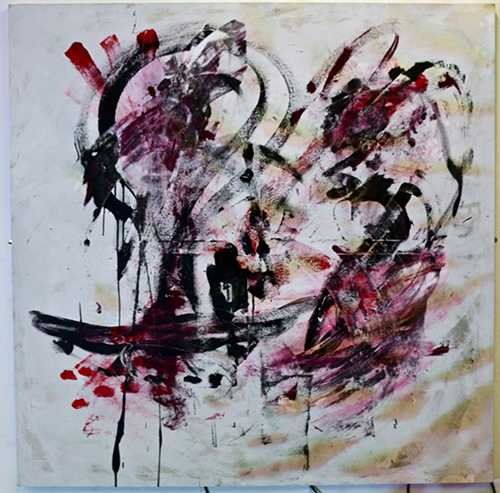 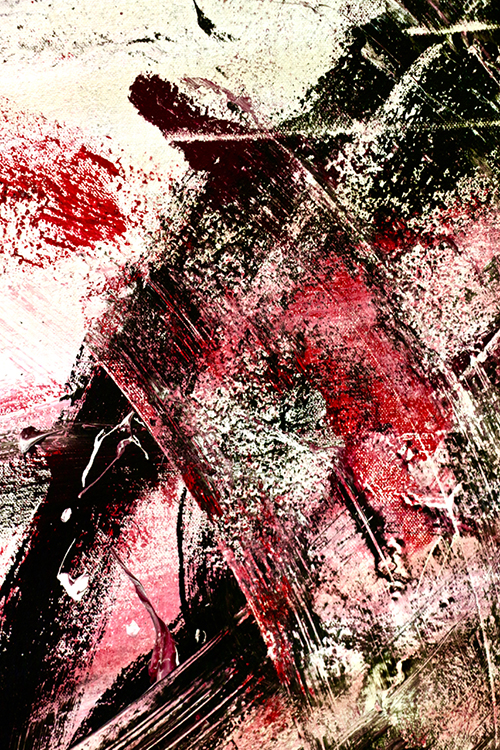 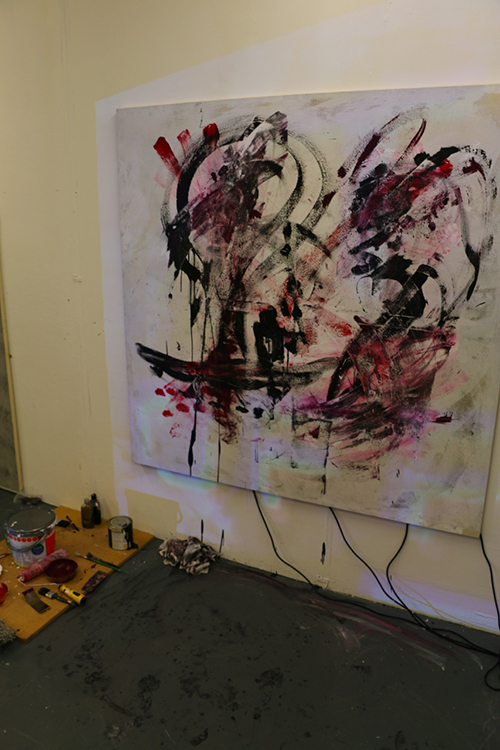 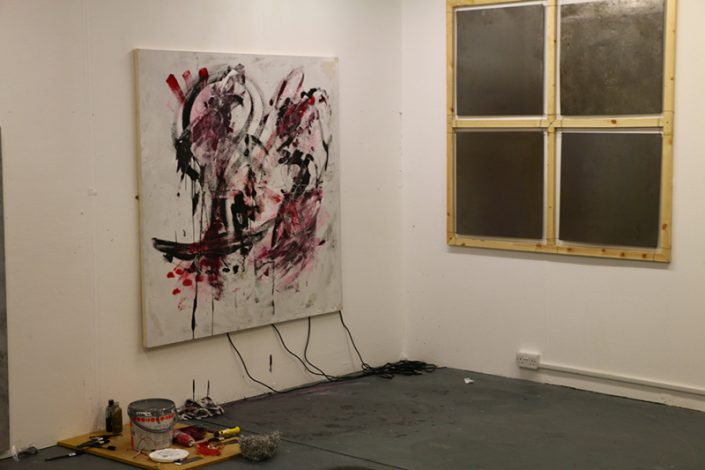 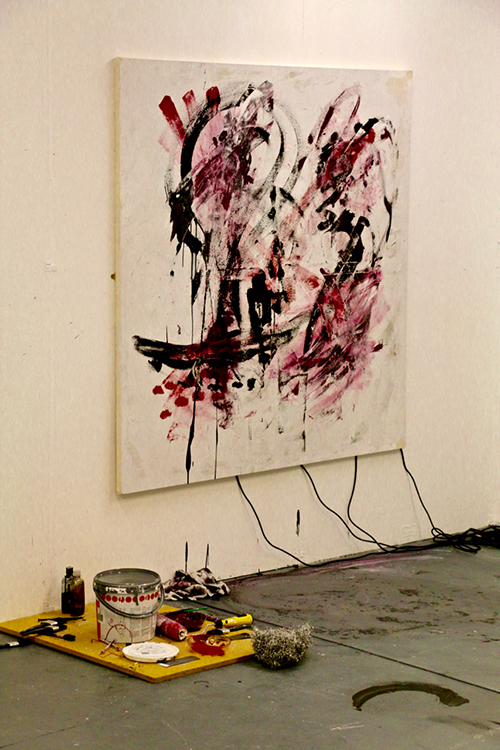 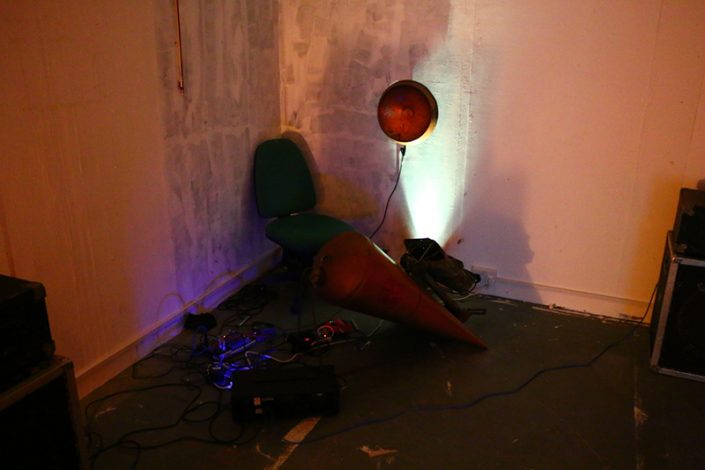 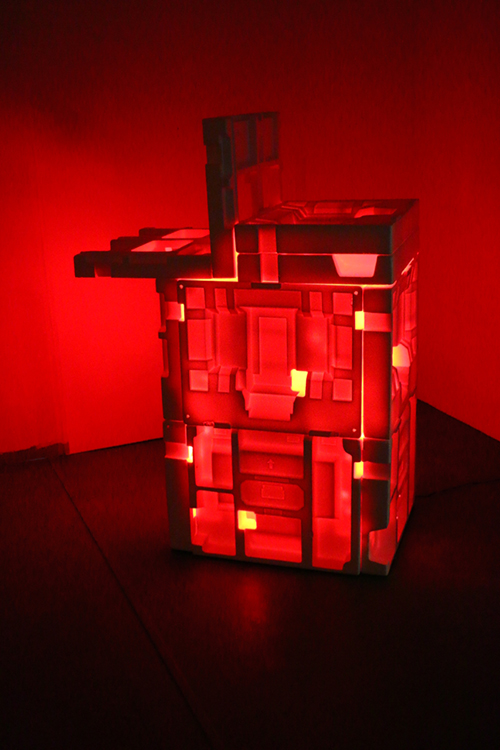 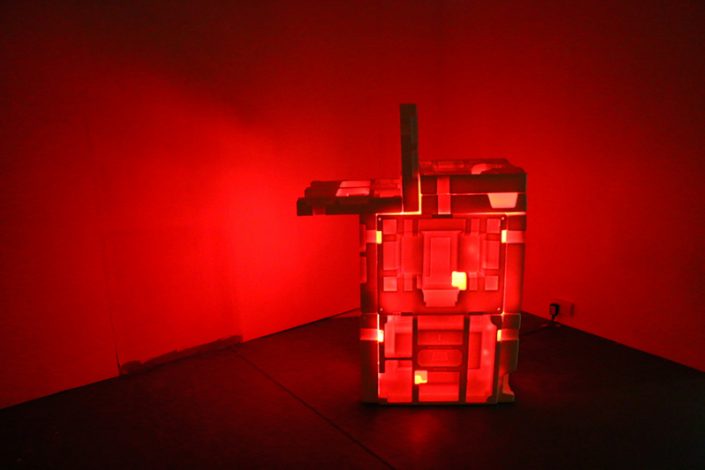 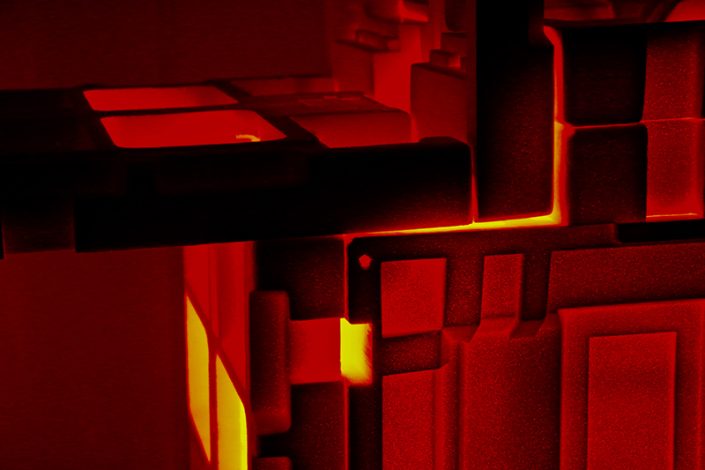