I was given the opportunity to create a piece of work in the Hill St carpark, Middlesbrough.

The image had to relate to Teesside in some way, but other then that I was given the chance to choose what I wanted to create and pick the space in which to create it.

I decided to use a corner of the carpark and have a try at creating an optical illusion piece across the pillars and walls so that when you stood in a certain place it would create an image of the Transporter bridge, but from anywhere else would appear more as just random shapes of colour.

My initial plan was to use a projector, something I have seen done in the past. However I could not get it to work, so I decided to give it a go by eye.

This took some going back and forth, placing and replacing tape till everything lined up. Although it took longer to do this way, I feel like I got a much bigger sense of achievement then I would have done using the projector.

The piece has been really well received, and I will be going back in the new year to complete a new piece on the roof section of the carpark. 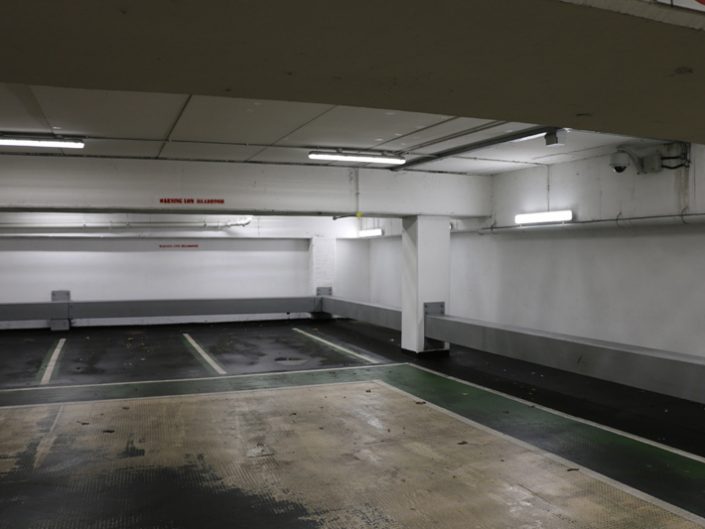 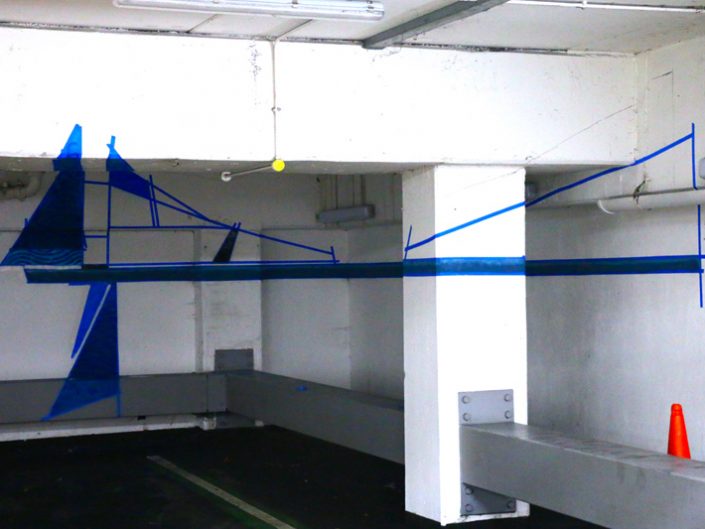 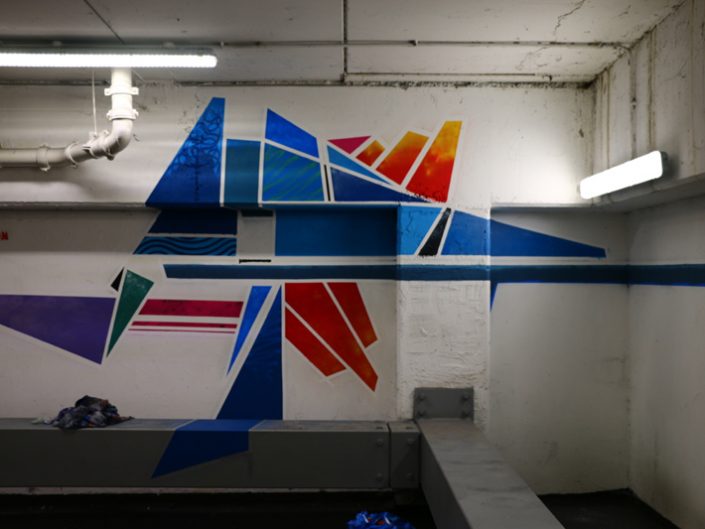 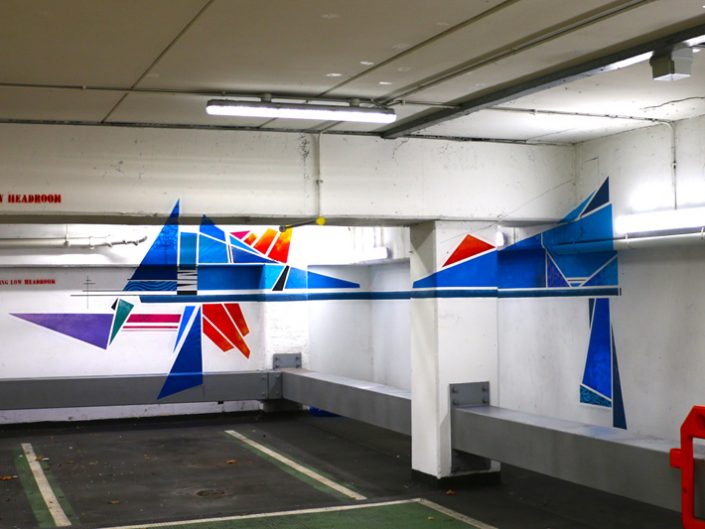 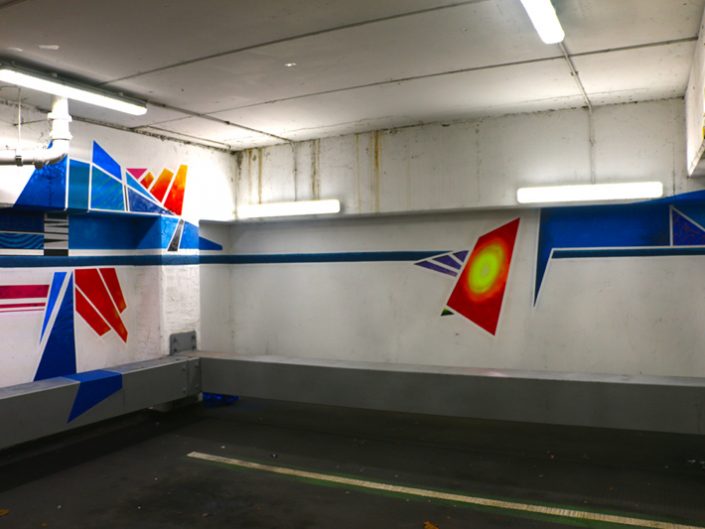 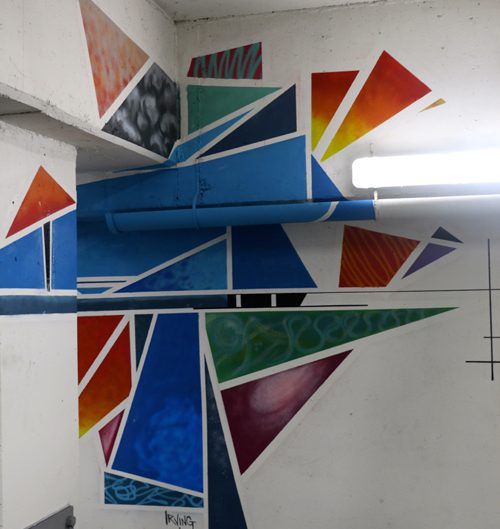 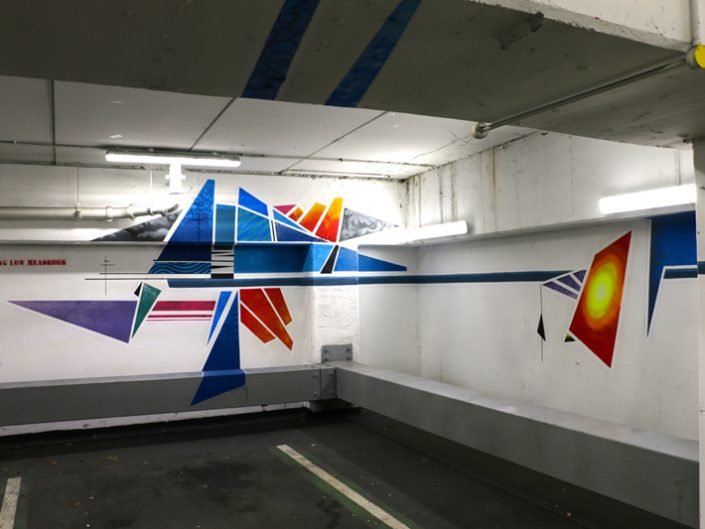 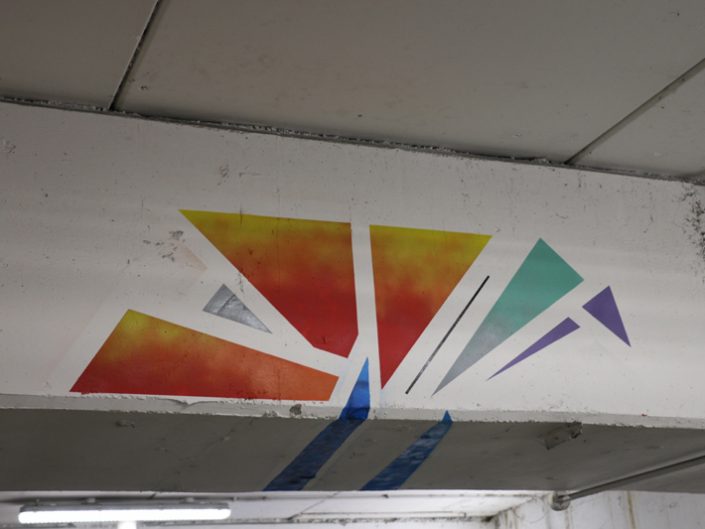 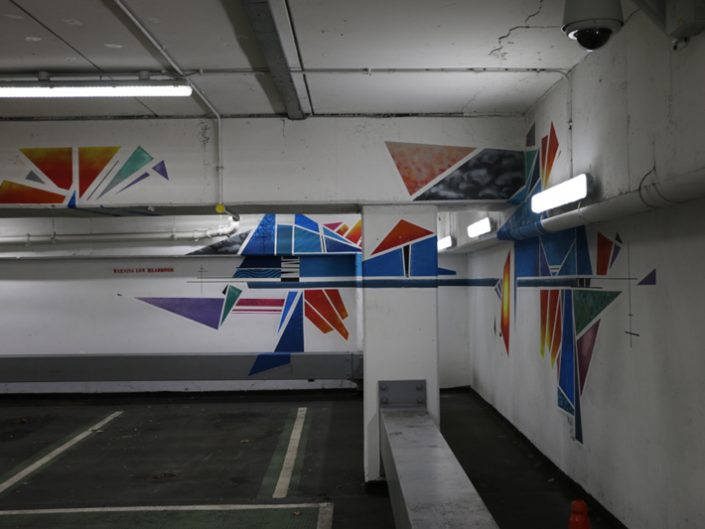 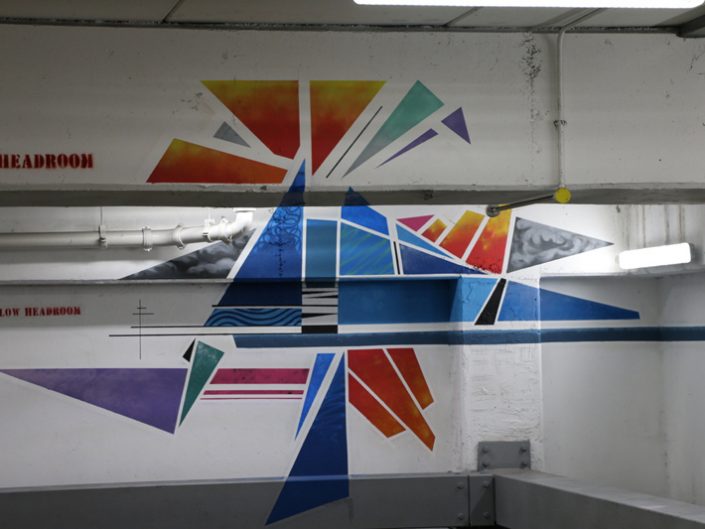 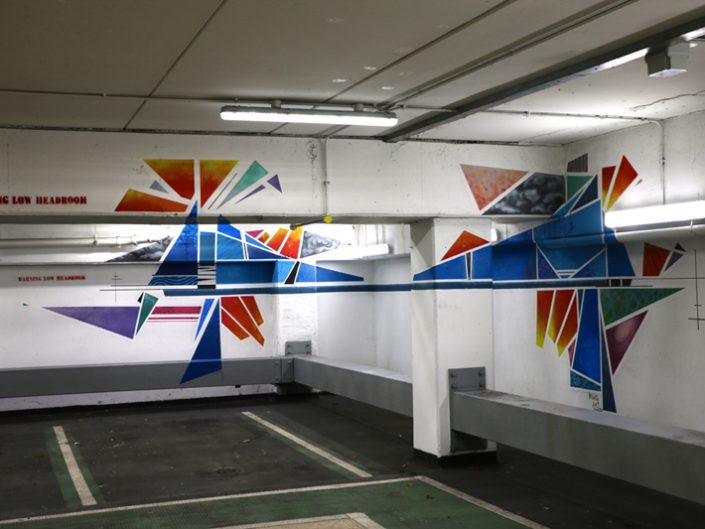