The Visualisation of Faceless Misinterpretations

The Internet allows us to be anyone we want to be. It allows us the freedom to hide behind a faceless avatar and say exactly what we feel. Though it is no longer really possible for an individual to be totally anonymous online, because people are not face to face and often unknown to the person they are talking to they are given a sense of freedom and are able to say what ever they want. Where we would normally hold back from saying exactly what is on our mind we are given the chance online to express it without worrying about the consequences. Once we post something online it is there for the World to see, and anyone from anywhere could stumble across it.

I am interested in this idea of freedom that people believe they have to say and do what they want online. I am interested in how once on the Internet any image of conversation can be copied, taken out of context and redistributed by others.

I was interested in peoples emotions so I started by searching for online forums where people where looking for help with self-confidence and negative emotions. The first forum I went on to called uncommonforum.com’s first post under the section called ‘Self esteem & Confidence’ was written by someone called Danacovert82 and was titled ‘Worthless’. This post had 72 replies.

Before beginning to make my Haiku’s I gave myself a set of rules to follow.

I was aware through me exploration of glitch methods that it was possible to turn a body of text into an image; I was however also aware that given the length of the haikus the resulting images would be very small.

I decided to try saying the Haikus instead. Using Audacity I was able to record myself saying each of the poems and save each one as a separate file. By saving these audio recordings as .RAW files I was able to open them up in Photoshop.

When opening a sound file as an image the file itself has no real data with regards the size or the colours of the image. You are given the option when opening to decide on a size for the image (though you are limited due to the length of the recording as to the max size you can get as an image). You are also able to decide how many channels the image has, 1 or 2 results in a black and white image where as 3 results in colour.

I am very happy with the way this experiment has worked out so far. I was not aware of what images I would be able to produce from the haikus, and even once I had done the first one, and new it would work, opening up each image and seeing how the computer interpreted that image was fascinating.

But most of all I was impressed with the Haikus I was able to create using the method I designed for doing so. This exploration of faceless emotions and the interaction it allowed with people from across the globe. Being able to take other peoples thoughts out of context, and distorting their intentions. Seeing how I could use the Internet to create content for my work, and then using the same technology used to find it to create the haikus to then create different and unique interpretations.

I have took these faceless thoughts and gave them a face – One that is both my own, and that of the technology used to share those expressions in the first place.

Though it is possible to hide away behind a computer screen that computer becomes apart of you, an extension of yourself, which is available for anyone to use as they wish. 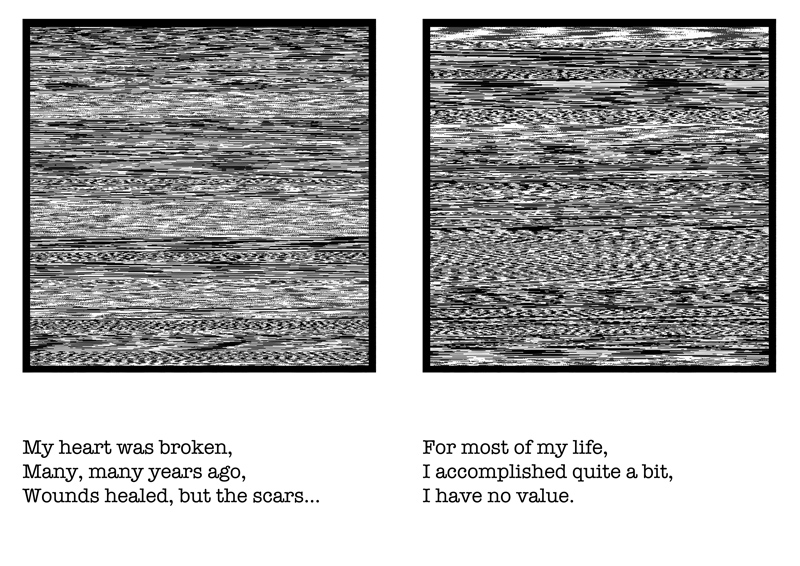 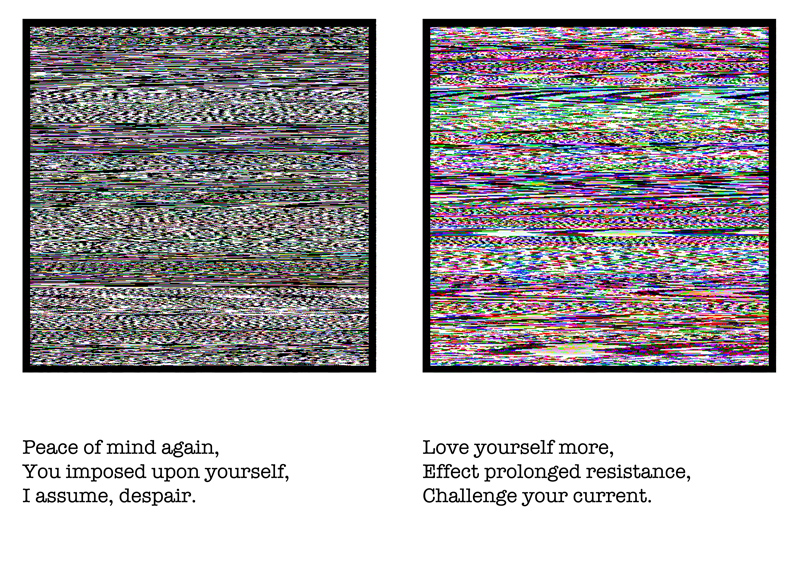 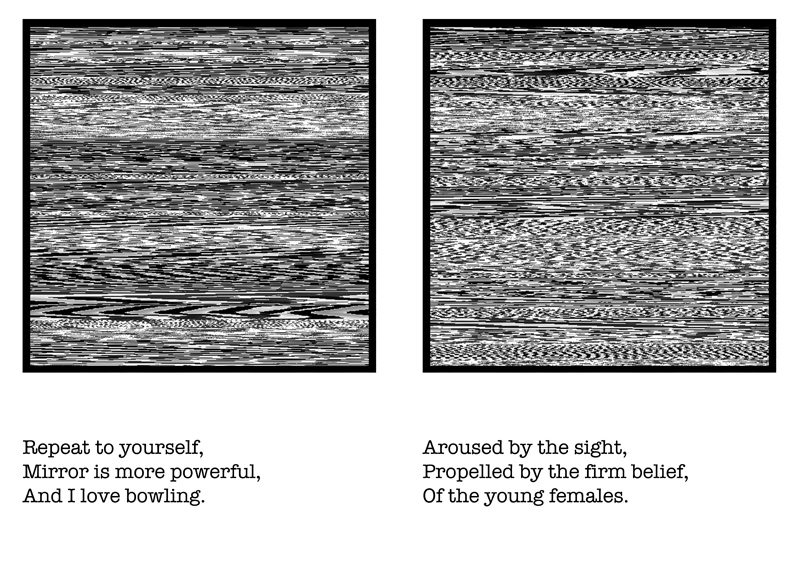